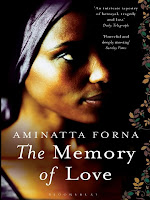 With so many fabulous wardrobe options to choose from, it always feels like a bizarre coincidence when women wear the same exact dress to the same event. An even stranger fate in the fashion world: when the same dress appears on multiple magazine covers. One must wonder if the international Vogue editors are in cahoots or if they really just love Dolce & Gabbana, because the same white eyelet dress appeared in three of their recent cover shots.

A $30,000 gold Balmain dress appeared on eight magazine covers last fall, including Vogue España, Vogue India, and Vogue Germany. And last summer, one Miu Miu dress graced three different magazine covers. At the time, Lorraine Candy, the editor-in-chief of Elle UK said, "usually press offices are pretty good at making sure we don't get the same dress as our rivals...[but] you have to take these things in your stride."

She observed that because magazine covers are often shot and sent to press way in advance, it is possible other international editions didn't see the issue until it was too late.

I wonder if that's the case in the book world.

On March 15, Africa is a Country, a blog primarily concerned with media representations of the African continent and its peoples, especially in Western media, pointed out a remarkable bookcover coincidence.

Lawrence Hill's new novel is published as Someone Knows My Name in the United States of America, Australia and New Zealand, and appears in Canada as The Book of Negroes. In Australia, Hill’s slave narrative has the same black woman on its bookcover as The Memory of Love by Aminatta Forna, described by Helon Habila as "a depiction of the brutally uncertain aftermath of war."

The images are not exactly identical, but it's the same woman in two good photos, probably from the same shoot.

On Lawrence Hill's website news page, he reports that

The Book of Negroes has been translated into French by Carole Noel and released by the Montreal-based publisher Les Editions de la Pleine Lune. In French, the novel is called AMINATA.

A book's cover, says BookPro, is vital to its success.

BookPro's design team works with each author to develop cover design concepts that do justice to the quality of the content and reflect the essence of the message.


I'm not sure we'll ever know what caused the bookcover coincidence, but if the critical reviews of 2011 Commonwealth Prize-winning The Memory of Love, and the "confronting and brutal" Someone Knows My Name are anything to go by there's quality in both book interiors waiting to be read.

Two hours ago, Aminatta Forna shared her thoughts with Vitabu on Facebook, a closed group of about 200 people.

Aminatta Forna: It's a coincidence albeit a rather bizarre one. Precious is right. The image only appears on the Australian edition of Lawrence Hill's book. HIs Canadian and American versions have different covers. Bloomsbury showed me various cover designs, of which this was my favourite, in particular because she looks very West African to me. Lango, I don't think any conscious or sub-conscious connection was made between the protagonist and me. Hannah, there is no dearth of images of beautiful black women, but there is of beautiful black, African women. My husband used to be a photographer and when he travelled to Africa his library used to ask him for pictures of ordinary Africans doing ordinary things. Everything they were offered by photographers was ethnographic or news-based. Hope that settles it. I am off to Australia next month where I guess I am going to be asked this a lot. Still love the cover, though.


Lango Deen: thanks, aminatta. as i mentioned to you in my note yesterday we were looking for an explanation of the {bizarre} book cover coincidence; and your comments have helped some. as you rightly say you expect there will be more questions along the way so vitabu has quite a scoop :)

preponderance of {ethnographic /news-related} photos in non-african media raises lots of other questions but that's for another day. have a safe trip to australia and congratulations again on your award-winning memory of love.

Aminatta Forna: Sorry Lango, you'd already been scooped. Someone already alerted me to it. Plus, there's a whole web page devoted to books with the same cover image. It happens plenty. There are tens of thousands of books published a year. Strange if it didn't.