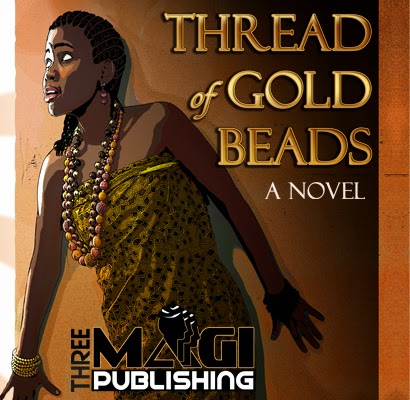 Nike Campbell Fatoki first became aware of colonial wars and life in southwestern Nigeria, as stories told by her grandparents. They fired her imagination. Later, in high school, her mother bought a typewriter which Nike used to write her first book--an untitled novel about the life of a slave girl in Charlottesville, Virginia.

In this book, Nike returns to those tales from the French-Danhomè war of the late 1890s in Benin Republic and early 1900s in Abeokuta and Lagos and writes the history of the household of the last independent king of Danhomè, Gbèhanzin, and their fortunes. Nike draws on family stories and history, but translates them into an imaginative tour de force.

The story starts with 13-year-old Amelia, daughter of King Gbèhanzin, and apple of her father’s eye. She is loved beyond measure by her mother, Ajo, the favorite wife of the new king.

But before old King Glele died, a bitter succession struggle between his sons had divided a palace filed with conspirators and traitors. Sasse Koka had reportedly died mysteriously while trying to amass support at the palace. His mother, Na Vissegan, headed the palace staff, but the tall, elegant, cat-shaped eyed Kamlin was there to make sure Vissegan didn't win and Kondo, Amelia's father, becomes king.

Just when Amelia begins to feel at home in her role as a Princess, a well-kept secret shatters the perfect life she knows. But that's not the only crack. The Europeans were invading Africa and the House of Gbèhanzin had run up against the colonialists and not even skillful, fearless female warriors who had the responsibility for thousands of years of protecting Danhomè kings could save him.

As the war advanced, Amelia must flee Danhomè with her brother to south-western Nigeria. In a faraway land, the well-kept secret thought to have been dead and buried, resurrects with the flash of a thread of gold beads. Amelia must fight for her life and what is left of her soul.

Thread of Gold Beads is a delicate love story, and  coming of age tale, depicting the strength of the human spirit in the face of adversities.

Read more about the author