In the time of Ebola | Flying While Sierra Leonean 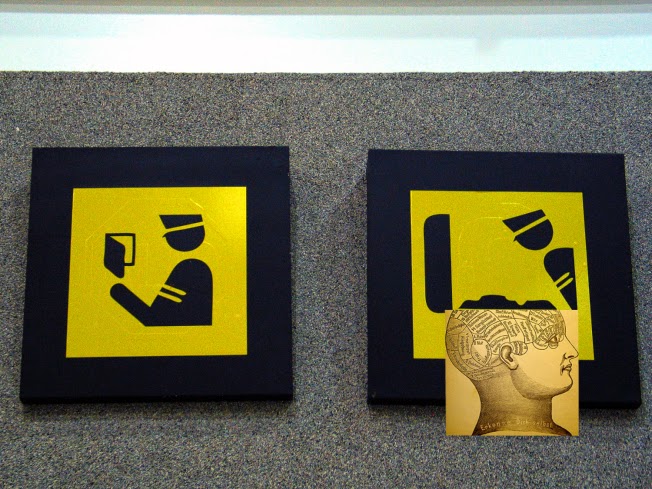 "Enhanced screening will initially be implemented at London’s Heathrow and Gatwick airports and Eurostar terminals and will involve assessing passengers’ recent travel history, who they have been in contact with and onward travel arrangements as well as a possible medical assessment, conducted by trained medical personnel rather than Border Force staff. Passengers will also be given advice on what to do should they develop symptoms later."

Today's story is from a Sierra Leonean-born public health professional who investigates patterns and causes of disease in humans. Dr. Osman Sankoh, who writes under the pen name (Mallam O) works to reduce the risk and occurrence of negative health outcomes through research, community education, and health policy. In this blog, he describes his experiences with airport screening this week.


I like the Euston area, where my favorite hotel, the Premier Inn Euston, is a walking distance to The Wellcome Trust, one of the key funders of the organization that gives me bread and butter. You're always very punctual, a program officer there told me.

Some of my colleagues in Accra, Ghana, once questioned: "Sir, is it because of your training in Germany that you are so time conscious?"

Yesterday, when Joseph dropped me off at The Royal College of Physicians ‎in London where our meeting of International Journal of Epidemiology editors took place, I’d asked him whether he could pick me up at 4:00 a.m. to drive to Heathrow. My Alitalia flight to Rome was expected to depart at 6:45 a.m.

"It'll cost £45," he said, seemingly surprised that I asked.

"Oh sure, if you can pay £45," he attempted a smile. "It'll be 30 minutes to Heathrow, little traffic." He touched the frame of his large glasses as if to confirm he was waiting for this passenger to finally get new ones.

"4 a.m., please!" I said matter-of-factly. It usually costs £12 from my hotel to Paddington Station and another £29 on Heathrow Express to the airport; £41 in all.

I threw the heavy duvet cover down to my knees and pedaled out of it. As I leapt out of the bed my BlackBerry fell on the carpet and my heart literally leaped up to my throat. The days of the trustworthy Nokia are gone when that phone would fall with its parts racing away from each other, but would be ready to use when a villager successfully assembled them.

Fortunately, I'd packed my bags well so that I could conveniently utilize the reserved 30 minutes for a shower, rubbing Nivea cream on my not-too-small figure and what-have-you. I turned on the shower and the water was so hot that I jolted back screaming. I looked into the misted up mirror and saw the smile that I'd decided to reserve for the health officer at Heathrow. Gosh, that woman would have sent me for more screening, I thought.

"Good afternoon," I had greeted the passport control female officer.

I volunteered ‎a passport, opened to the pages showing my U.K. visa and the entry stamp into Rome. She smiled, wore a friendly countenance, then turned the passport to place it on the scanner on her right hand side.

As she saw REPUBLIC OF SIERRA LEONE on the back of the passport, it dropped suddenly from her hands and I couldn't miss her frightened face.

"Sierra Leone? I have touched your passport with my bare fingers!"

She quickly grabbed the bottle of disinfectant liquid on the counter and painstakingly oiled her hand.

"Are you coming directly from Sierra Leone?"

"I transited at Rome." I added.

"So you are not coming from Sierra Leone?"

She breathed a sigh of relief and I saw her loaded chest bulging out. As she struggled to breathe in, she still wanted to know:

"When was the last time you were in Sierra Leone?"

On her left was another passport control officer. He held another person's passport but was rather focused on my conversation with his colleague. I stared at him and he realized I wanted him to mind his business.

Perhaps he's this woman's superior? I'd better be hopeful he doesn't instruct that‎ I am sent for further screening. These guys know they are powerful. Having a visa on your passport doesn't mean you must be allowed entry. I know this. I only hope...

She stamped on my passport and gave it to me rather apologetically ‎or perhaps hopeful she wouldn't have contracted any disease by holding my passport.

As I sat in Joseph's car driving to Heathrow, I was curious about the enhanced Ebola screening measures a day later. At the airport, I saw that nothing was put in place for passengers leaving the U.K. As we descended into Fiumicino Leonardo da Vinci international airport in Rome, I peeped through the window. The second time in three days.


From Accra, on Thursday morning, the Italian passport control officer had flipped through my almost exhausted passport, and then found a crowded page that could still host his stamp. "Welcome to Rome," he said, handing over my passport to me.

Today at Rome Airport, 10:30 a.m., Saturday, October 11, 2014, he saw Mallam O and wore his gloves. As I walked towards this Italian passport control officer, he reached out to a drawer. I saw him wearing gloves.

This is not a theater and he is not a health worker. But it seems it has come to that. Health workers in Sierra Leone, like this passport control officer, must wear personal protective equipment (PPE). I wouldn't be surprised if I hear reports that immigration officers are asking for some insurance to cover the risk of being infected by Ebola.