From the Bo School Years 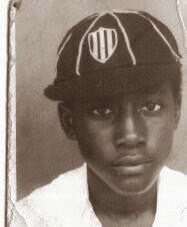 Luseni Dassama's "Self-Preservation: Beginnings of an eternal conflict" was first published on his Facebook wall April 9, 2010.

The story is an excerpt from a chapter in his autobiography Bo School Years, which spotlights a teenage boy's introduction to an adult world of traditional gender roles and beliefs.


"You ask me to help you?! Man is evil, capable of nothing but destruction!”

We were all repeating this line and laughing as the movie came to an end. Some of us had seen “Beneath the Planet of The Apes” a few times, but we never tired of it.

This was a special Friday evening screening arranged by our French teacher. Apparently the original “Planet of The Apes” was written by a French writer and our teacher was keen for us to delve beyond the surface of the film and understand the subtext, context or whatever it was that he kept going on about.

“It is an example of social commentary through the use of dystopia,” he said at the beginning of the screening.

Some of us at the back murmured “why don’t you take dystopia back with you to France?”

Our French teacher was not popular.

All of us second year students found him a little odd and detached. Some thought him gay with his slight effeminate manner, soft voice and manic hand gestures. If he took a shine to any particular student, that poor individual was sure to suffer at our hands.

Doing well in French was not a sensible thing to do unless you had very thick skin. Rumours spread like lightning in a boarding school environment, some boys gave me knowing looks all because our wonderful French teacher had placed me on a list of three students fast-tracked to take French scholarship exams.

We often speculated about the real reasons he had seemingly turned up from nowhere at the beginning of the school year wearing a scarf and English winter jacket. Had he been deported from France for some immigration offence? Was he running away from a pregnant French girlfriend? Or was he one of those??

The most detested type of “returnee” A failure, one who had benefitted from a generous scholarship to study overseas but had achieved nothing!!!

Returning home hiding their shame behind a façade of “western” affectation. We weren’t fooled, we knew his type and it thoroughly disgusted us….It was as if he had personally let each of us down.

The Bo School like nearly all the other secondary schools in Sierra Leone is made up of form years representing the full five years of general education. At the end of the fifth year, students take the traditional school leaving exams (GCE O’Levels) and move on into the wider world.

A lucky few with high merit and distinction were invited back for an additional two years (Lower and Upper sixth) and would assume the role of Head Prefects of the all-powerful Student Government.

Each of the first three form years were further subdivided into class streams: 01, 02 and 03
01: for the clever kids. 02: for the next in line…and 03: for well, those more educationally challenged.

Everyone wants to be in the 01 stream, it was sort of like the elite club in every school year. Progression from each form year was dependent on the aggregate results from the three term exams held in December, April and July. If you were to fail, you were more than likely to get kicked out of the school altogether (no second chances)……Spaces were limited and commanded a premium (in bribes and patronage) due to the schools hallowed status.

Those who were lucky enough to be kept on at the school after failing school exams do not progress to the next form year, but remain in their old form year, stuck in the 03 stream watching their former cohorts move on up to the next higher form year—This was supposed to be an incentive to stimulate high academic achievement—It had mixed results and played out brutally in how friendships were shattered and new ones formed.

He wouldn’t let me pass, it was dark with no natural light and I could still hear the buckets clatter in the distance as a few “small boys” sourced water deep from the wells—Doing the bidding of the sixth formers, many of whom were simply too important to wash in the swamp clearings like the rest of us.
I was cornered with nowhere to go, damn! I was feeling very exposed and uncomfortable with only a towel covering my modesty.

With the mosquitoes buzzing and the ever present danger of snakes lurking around this swamp area, I was not inclined to hang around. I had prepared for this moment in my mind, but had hoped that this meeting would never happen.

“We need to talk”

He was glaring at me, nothing remotely friendly in his voice. Why on earth had I decided to go for a bath so late in the evening without my friends?? Never a good idea if you had problems with a senior student. I had no backup, no protectors. The senior school master’s house was about two hundred yards away—He was an Englishman from Manchester. I was on his list of favoured students—but there was this great big obstacle, this sixth former blocking my path to safety.

“You know you can never tell him what you saw.”

He laughed and grabbed my ears—It hurt like hell.

“Don’t get smart with me, you have another three months of hell with me.”

I wasn’t really listening to the rest of his threats, I could do the maths without any pain-inducing assistance. Upper sixth form term ended in May. Suddenly I wished those three months would come and go immediately.

The incident he was referring to happened on a Friday evening all of two weeks ago. I had illicitly left the school compound to visit a young lady who had sort of adopted me as a son (in a pretend world) I guess she was practicing her future mothering skills….Hmmmm….It was all the rage back in the day and trendy for older girls . I guess it made them feel like “real” adults and little guys like me got free meals to supplement meager school rations, pocket money, great advice and tips on how to snag a girlfriend.

“Tomorrow may never come, for you or me life is not promised—so let’s shine a light on each other” was a lyric I had picked up from her in conjunction with: “Over the years I’ve met a few, but none compares to you.”

It sounded good saying all that stuff, helped me overcome shyness with girls but I was yet to make that all important breakthrough—“when will it be my turn?” still reverberated in my head.

She lived on the southern outskirts of the school compound. A lot of bravery was required to go undetected from the school to her house as many school teachers lived along the route. If one was caught outside of the school gates without a permission slip it meant instant expulsion!

Or if a roll call commenced whilst one was absent, expulsion was also a possibility. Weighing up the risks against the possibility of a full stomach and other potential treats ended with a clear winner always. This was a gamble worth taking. Usually these journeys were undertaken at night when the darkness and lack of electricity in the town afforded some cover.

I was early, by half an hour.

She would be at her benefactor’s house—an older man (probably twice her age) who nevertheless provided her with the things her parents couldn’t afford. I usually waited for her in her bedroom where there were always stacks of magazines like “Ebony” and “Jet” filled with the latest happenings in America. I was especially looking forward to reading the latest Ebony magazine as she had told me it featured an article on the Jackson Five and their upcoming “Victory” tour.

Sometimes over eagerness dulls the five senses. I didn’t notice any sounds or movements or light.

And by the time my brain got into gear it was too late—Sprawled all over her bed was her younger sister and this ugly brute of a sixth former.

I was too shocked, the words didn’t come out but I heard them: “She’s your best friend's girl!”

I kept trying to say it but lost the nerve and bolted out into the night, still hungry but with no appetite.

This ugly brute’s best friend and fellow sixth former just so happened to be my older cousin and protector. A real brother and friend who had done so much to make my life bearable in the harsh Bo School environment. He deserved to know the truth for he was truly smitten with this poor excuse of a girl and had lavished much time, money and affection on her. There were lots of other more classy girls interested in him, but he had remained loyal to this young lady for reasons totally beyond me.

He would probably find out one day. Girls like that were bound to slip up. But I wasn’t going to be the bearer of bad news. I didn’t have the strength of will to do the right thing. In the context of boarding school “self-preservation” trumps integrity every time.