New Writer Amaka Azie breaks out with Melodies of Love

Amaka Ozumba-Azie works part-time as a family doctor  in a hospital near the River Mersey and writes teen lit books by day at home in Merseyside. A transplant from the ancient Benin kingdom, Amaka is a wife and mother to two young daughters. Vitabu spoke to her recently about her debut novel “Melodies of Love” now out on eBooks retailers and available in paperback.

I was born in Lagos and went to primary school in Lagos, then secondary school in Onitsha, Eastern Nigeria. I went to university in Benin City. It's the middle belt of Nigeria. I spent eight years there. It's known as the ancient city of Benin because it is rich in culture and art.

I love Ring Road at Oba Market in Benin City. It is a large market where you can find anything. I particularly liked the fruit market--loads of kiosks with tropical fruits. I love mangoes, large ripe mangoes, and watermelons. My favourite is a local fruit called Udala (Igbo for white star apple, a feminine symbol of fertility and generosity).

(Udala) has a sour taste, which I love. It's a small brown dusky fruit with large seeds. The inside is reddish when ripe. Most people eat only the inside. An interesting thing about that fruit is that it could turn into gum if the back is chewed.

You have two daughters. What sort of books do you read to them?

They are still very young, seven and five.

What are their bedtime favorites?

How about Nigerian ones?

The truth is I have not read any Nigerian storybooks to them yet. I am teaching them the Igbo language with a book called suo ya Na Igbo. I read that to them sometimes. 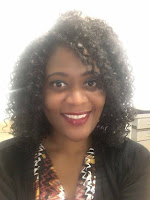 Is there an old Nigerian story you tell in Igbo? Like Ananse stories?

One my father told us many times was about why the tortoise has a broken shell.

During a famine, all the animals were starving except the birds. The tortoise noticed because he was clever and cunning. He wanted to find their secret. Some animals asked the birds but they wouldn’t tell. The tortoise promised them more food if they told him. So they told him there was food in the sky. They contributed feathers to make wings for him to fly. When they were flying they found food but the tortoise tried to trick them in order to keep the food to himself. Annoyed, the birds took their feathers back and he crashed to the ground and broke his smooth shell. His wife helped him glue the broken pieces together but his shell was not as smooth as before. That's the gist of the story. But I usually tell it in a more dramatic way.

What was your first culture shock, Benin to London?

The first time I saw two people kissing quite passionately at the train station. I was like... um, I'm no longer in Nigeria. I actually grew up in Lagos and Abuja. Nigerians are passionate people. But still, it is quite alien to see that much abandon by a train station.  In Nigeria, you might still have a few shocked people by that degree of display of public affection. Not anymore having lived in England for nine years.

How did you adjust, bring it all together—a new extrovert culture and your innate conservatism?
I'm not conservative at all. I'm quite open-minded and things rarely shock me. But that was a culture shock to me because it's not often seen in Nigeria.

Amaka’s debut novel Melodies of Love is now out on online eBooks retailers and in paperback.


“There are excellent reviews and it portrays a bright and vibrant Africa that unfortunately is not always portrayed by the media. Excellent five-star reviews on Amazon as well.”


Does your book address passion in a suggestive manner or is it laid bare?

It does address passion in both a suggestive way and in a scene, laid bare. Nigerians are passionate people. The way we talk, act, and love. We just probably do it less in public.

Does sex between the pages worry you as a Mom?

Not really. Sex is an important part of life and health. At some point, we will have some experience with it

STDs are a big part of today's lifestyles. How do Ikenna and Aristar merge?

Ikenna is Aristar. Ikenna is the name he is known by and Aristar is his stage name. He is a popular musician who started from nothing and became a celebrity.

How did you get into the pop scene for a realistic view of the music industry?

I’m an obsessed music fan. I love all kinds of music, rap, rock, and country, pop, and highlife Nigerian music. I follow these stars on Instagram and enjoy the glimpse into their lives. A Nigerian musician known as Flavour fascinates me. Much to the chagrin of my husband. I feel he is hot, the way he sings, moves, dances. Every time I talk about him, my husband smirks. And says, ‘I don't know what you see in him!’

So it's a bit of everything this book. It's about puppy love, sex, Nigerian high life, and rock n' roll?

Yes, it’s about teenage heartbreak, reunion with a first love, music, family, relationships, and forgiveness. I particularly like Adaora's protective brothers think it made the story more fun.

Yes, There was a setback at the end that Adaora didn’t handle well and a very sexy fight between Ikenna and Adaora.

Yes, an argument that was filled with passion. I love to read things like that myself.

After this self-published book, what's next?

I'm currently editing the second book about Chuma, Adaora's brother. It's about his relationship with Ifeoma who escaped domestic abuse.


That book is still in the works. For now, make sure you have a copy of Amaka’s book for the holidays.