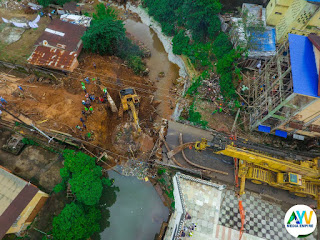 Time is a sort of river of passing events, and strong is its current; no sooner is a thing brought to sight than it is swept by and another takes its place, and this too will be swept away. –Marcus Aurelius

Four miles up the estuary, there is a succession of charming bays and creeks, their shores covered with dense foliage from the water's edge up to the hills,  which rise at the back to a height of 1800 feet, and beyond them towers the Sugarloaf, attaining to upwards of 2500 feet above sea level. (Royal Geographical Society, March 14, 1892) 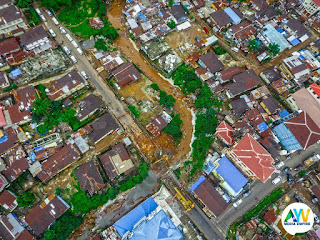 A Revised Edition of the Ordinances of the Colony of Sierra Leone: Volume 1 Sierra Leone  (1st November 1908)

The old government wharf was constructed in 1867, and in 1896, the Protectorate of Sierra Leone was established by ordinance.

The Colony of Sierra Leone's West Ward–first section–comprises the area within a line, which starts from the junction of Upper Brook Street and Westmoreland Street, and passes along Sanders Street to its junction with Priscilla Street, then along Priscilla Street to Alligator Brook, then along Alligator Brook to the bank of the Sierra Leone River, then along the said bank to the mouth of Sanders Brook and then up Sanders Brook until the said line reaches the starting point.

The second section passes along Priscilla Street till it meets Alligator River, then up the said brook to the crossing with Morgan Street, then along  Morgan and Sanders streets to the junction of Sanders Street with Campbell Street.

Known as the Alligator River above its small estuary, the lower Sanders Brook and Mountain Torrent (Granville Brook in its lower reaches) have incised their valleys. It is not certain when the rejuvenation was initiated, perhaps during the Pliocene. It was sufficiently long ago, probably 5.333 million to 2.58 million years