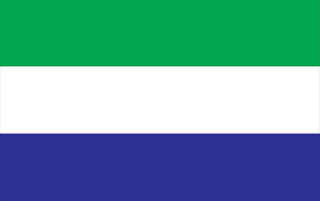 BECAUSE WE ARE POOR

(For those who use poverty

as an excuse for our failings as a people)

So, because we are poor, we must quarry

the mountains, gouge the boulders, let them roll

downhill. So, when it rains, the entire mountain

will peel off and cascade down the slope to end

our life of misery.

Because we are poor, therefore, we must fell the

and haul the trees to China for nickels and dime

like a man selling his kidney to buy whisky.

Because we are poor, we must cut down trees

at the Guma valley reserve to starve the dam of water,

then we demolish reservoirs and obstruct the pipe

network to build our houses on mountains.

From our mountain top homes, we spew abuses

at Guma management for not supplying water

Because we are poor, we must block the drainages,

streams, estuaries, and pathways to create

breeding pits for diseases so when we die of ailment

Because we are poor, we must build our shanty homes

On water pipes and put our shit in a plastic sheet

And throw our shit to the neighbours' pipe we cut last night.

So, when it rains the shit in the plastic sheet and the leaking

pipe guarantee that we all fall sick with typhoid

Because we are poor, we must not push our children

to study and pass exams through a merit-based system

instead, we scrape and “dreg “to pay for “leakages” for them

to graduate as academic rogues

to complete the damnation of a nation in the mighty name

the law or enforce the law. It is a province of Freedom

with no lines of demarcation to create sanity.

It is the right to retail justice according to one’s ability to pay.

Because we are poor, we must scoop fuel from

Of innocent people, so when the fire erupts it kills

Everyone and plunge the survivors into unimaginable misery

Because we are poor, we must not investigate such

a wanton tragedy to place blame and punishment

where they belong. We just drape the national flag on

the coffins of those whose intransigence caused the

tragedy and the ones they killed. Like the proverbial

pounded chicken, we can’t tell where the anus was

Because we are poor, we must not speak the truth

to power for fear that we might forfeit the crumbs

they toss in our direction to prolong our agony,

so, we enter anuses instead of a cave to hide our poverty

Because we are poor, we must therefore lack compassion

for each other and we must degenerate to lesser beings

without self-worth, so when another person is in distress

we steal their possessions instead of helping them

Because we are poor, we must sell our inheritance

And venture through the Sahara Desert to cross

the Mediterranean in search of greener pastures

only to die and leave our siblings in deeper poverty

Because we are poor, we must incinerate this garden

of Eden, poison the waters of our rivers, give away our

minerals for a pittance, cremate our heritage and keep

the ashes for our children in a vase with the inscription:

“We were poor, so we burnt what we had to become nothing”

Really? Because we are poor, we must demean our humanity

And sell our birthrights for coco ebeh?