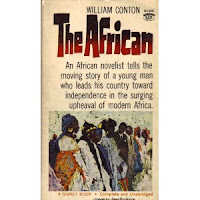 In our offices, however, I think all of us were much less at ease. [E]ach of us had found a bureaucratic web of such intricacy in his portfolio that even to unravel it entailed a long and taxing mental exercise. We spent hours on end during the day being shown round the various departments under our authority, looking very wise and feling very ignorant. Then we spent almost as many hours at night thumbing our way unenthusiastically through files which we had been assured would give us a clear picture of the problems, plans and pojects for which the whole country now held us responsible.

Perhaps our most uncomfortable moments were those spent at international conferences—not those on political or constitutional matters , which we found right up our street, but those on technical subjects such as medical research or fisheries development. When one of those highly specialized conferences was being held...on a matter within one of our portfolios, we ought, of course, to have attempted no more than the formal opening of it and the welcoming of the delegates. And when it was held elsewhere, we ought to have contented ourselves with sending our “experts” to it.

But all the African governments had at this time formed the habit of sending high-powered ministerial delegations to these conferences in each other's territories, with the “expert” advisers merely “in attendance.” No cabinet wished to appear less viligant over the interests than any other elsewhere; so ministerial representatives trooped along every time, and a thoroughly miserable time we usually had of it.

I will remember one such conference on infant mortality, attended by a dozen African countries. My portfolio at this time included Health...As I should have known the conference itself gave me some of the most boring hours I had spent for a very long time, listening to highly technical jargon of which I understood nothing.