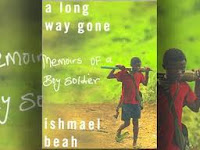 Attacks on the Press 1999: The Trauma of Sierra Leone


On January 6, 1999, rebel forces entered Freetown and launched a campaign of terror. Revolutionary United Front (RUF) fighters systematically murdered, mutilated, and raped thousands of civilians. During the three weeks that it took for Nigerian-led West African peacekeeping troops to expel the rebels from Freetown, Sierra Leone officially became the most dangerous country in the world in which to be a journalist.


Baltimore, Maryland, January 2011---“Today is J6. Remember!” urged an e-mail head in my box. I opened it, but there was nothing in the body. It seemed the sender from Freetown had only found just enough time (or emotion) to type up a telegram. The short but powerful message brought back an old nightmare that's haunted me every January since 1999: What if I'd extended my stay in Freetown from an initial 2-3 week break in October 1998 to a few months, stretching into the new year?

I was in love with an old love, and things were so deliriously good I was tempted to spend time in familiar places between Conakry and Freetown. 13 years on, I'll never know if I would've survived the January 6, 1999, attack, but it doesn't stop me wondering.

I wonder, too, if Ishmael Beah still lives in three worlds: his dreams, the experiences of his American life, which trigger memories from his past. A past of such mesmerizing natural beauty, it was like glimpses of Eden. It's where Beah's brother, Junior, taught him how to skip a stone on a river, and the “odor of the soaked soil was so irresistibly sharp at midday,” it made him want to roll on the ground. It's where he learned to “strive to be like the moon.”

It's also where “nature itself became afraid of what was happening.” People stopped trusting each other and every stranger became an enemy. It's where he became “wrapped in a blanket of sorrow” and he would walk towards “dead bodies of men, women, and children scattered like leaves on the ground after a storm.” It's where kind folk wouldn't tell him their names because they wanted him to "save a place in memory" for the true and natural beauty of Sierra Leone even in the middle of madness.

A long way gone from Mattru Jong, Ishmael Beah would spend nights in the arms of trees, feed on mysterious fruits, listen to night crows of a confused cock, and journey like the moon as he died slowly. Not before he'd meet a Shakespeare-loving lieutenant who would teach him how to "visualize the enemy" and to do anything to defend country.

Compared to Beah's friends: Gibrilla, Talloi, Kaloko, Khalilou, Alhaji, Musa, Kanei, Saidu (and his 19, 17, and 15 year-old sisters), Jumah, and Moriba, I “don't know anything about the war except the news of it.” But I thank God for all the Ishmael's who survived, and are able to 'sing' about all that happened by the end of war. And I hope Sierra Leone 'kills that monkey' in our lifetime, so that it'd no longer have the chance to put children in the same predicament as Ishmael Beah & his friends.

Say a prayer for J6 and All Souls today.