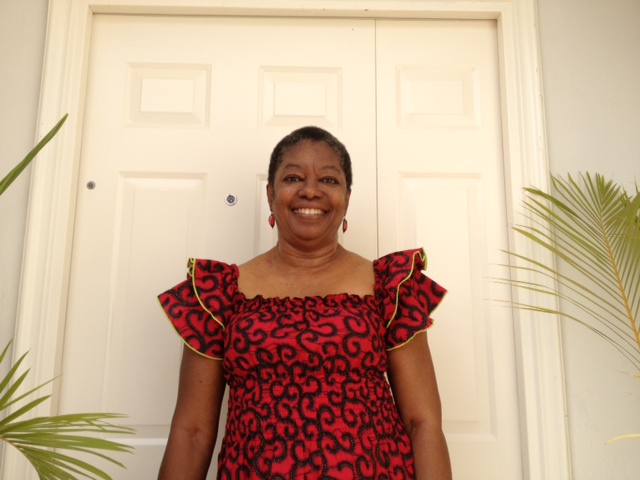 Yema Lucilda Hunter is Sierra Leone’s first female novelist. Her novels include Road to Freedom, Bittersweet and Redemption Song. She was invited to write an article on the Sierra Leonean-Ghanaian literary figure, Gladys Casely-Hayford, for the Dictionary of African Biography (Oxford University Press) after publishing her biography An African Treasure, in Search of Gladys Casely-Hayford, 1904-1950.

Vitabu: When did you discover books?

Yema Lucilda Hunter: I learned to love reading soon after I learned to read because I lived with my maternal grandmother who took me to the British Council library where there was a children's section. In those days there were no books for children written by African authors. In fact, the only stories about Africa that I remember reading as a child were in a series called Jungle Doctor,. They were written by an English doctor and set in East Africa.

Vitabu: Tell us about some of your favorite books written by African authors.

Yema Lucilda Hunter: I must confess that I haven't read all that many books by African authors. I loved People of the City by Cyprian Ekwensi. I think that was the first novel I read written by an African. Loved it's liveliness and also the fact that the characters were recognizable even though they were Nigerians.

In the Ditch by Buchi Emecheta, I found compelling, especially the scene where her husband burned the manuscript of her first book. I have also enjoyed Ama Ata Aidoo's short stories and Purple Hibiscus and Half of a Yellow Sun by Chimamannda Ngozi Adiche.

Vitabu: Who are your favorite African authors?

Yema Lucilda Hunter: I don't have a favorite author, but the book I have most admired has been So Long a Letter by Mariama Ba: so understatedly moving, so elegantly expressed.

Vitabu: What was the inspiration for your novels Road to Freedom, Bittersweet and Redemption Song

Yema Lucilda Hunter: Road to Freedom was inspired by two books I came across by accident: the first, A Residence in Sierra Leone, published anonymously in 1849. The author gave an account of a conversation with a Nova Scotian woman who mentioned that a French fleet destroyed  Freetown in 1794. The second book, Narrative of Two Voyages to Sierra Leone by Anna Maria Falconbridge,  provided more details about Freetown's early history. Being a child of the colonial era, all this was not only new to me but also fascinating. After  further research,  I decided to try my hand at writing a book about that period of Freetown's history, and doing it in a way that would  appeal to general readers. It was my first attempt at writing a novel.

Bittersweet was inspired by the death by road accident at the age of 38 of  one of my male cousins. I also wanted to try my hand at writing an African love story.

Redemption Song grew out of my need for catharsis following the traumatic period of the war in Sierra Leone. However, to allow myself greater creative freedom, I set it in an unnamed country using fictitious names for people and places, as well adopting as a non-historical  timeline for the events of the war.

Vitabu: On your biography An African Treasure, in Search of Gladys Casely-Hayford, 1904 - 1950 you said: "her place in the cultural history of Sierra Leone and Ghana seems to have been lost. This book is an attempt to remedy that situation as well as tell her life story."  How did you go about piecing together GCH's life story.

Yema Lucilda Hunter: I think I was meant to write this book because I happen to be married to Gladys's only son, and also,  my mother and her sisters attended the Girl's Vocational School established in Freetown by her mother, the more famous, Adelaide Casely-Hayford. Most of the people who knew Gladys personally had passed on, but I  already had some firsthand accounts of her from my husband, my father-in-law,  my mother and my aunts.

As a result of being married to Gladys's son, I also had access to an unpublished memoir written by Adelaide Casely-Hayford (ACH) in which she devotes an entire chapter to Gladys, and  to a book called Benvenuto Cellini Had No Prejudice Against Bronze. Letters from West Africa which contained revealing  correspondence between the author and the Casely-Hayford women. And I had met Professor Adelaide Cromwell, ACH's biographer who kindly allowed me to use what material she had obtained which was relevant to my own project.

Yema Lucilda Hunter's most recent novel—Joy Came in the Morning—has appeared as an e-book and will shortly come out in a paperback issued by Sierra Leonean Writers Series.

Born in Sierra Leone, Hunter had her secondary education at the Annie Walsh Memorial School in Freetown and later qualified as graduate librarian in Britain. She specialized in medical librarianship and information for health workers, obtaining an M.Phil from Loughborough University (U.K.). For many years, she was employed by the Sierra Leone Ministry of Health as librarian at the Connaught Hospital in Freetown, before going to Congo-Brazzaville to head the Library and Health Information unit at the Regional Office for Africa of the World  Health Organization.  She took early retirement in 1999 and in that same year was made a Fellow of the British Library Association (since renamed the Chartered Institute of Library and information Professionals). She now lives with her husband in Accra, Ghana.