Vitabu Reads | Telling It As It Was: The Career of a Sierra Leonean Woman in Public Service 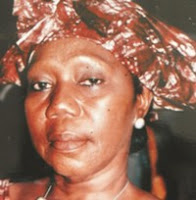 For someone who has arguably done more to showcase workplace discrimination than anyone in recent Sierra Leonean history, Umu Kultumie Tejan-Jalloh is quite an unknown advocate.

Currently a distributor for the Sierra Leone Bottling Company, a partner of The Coca-Cola Company, she runs a small business that uses pushcarts to sell soft drinks and soda pop. She does her own bookkeeping and employs six full-time staff.

It all sounds like a far cry from corporate strategizing in boardrooms early in her career, but she’s apparently living her dream of lifting others higher, working for social justice, and the economic empowerment of women.

Tejan-Jalloh’s book, Telling It As It Was: The Career of a Sierra Leonean Woman in Public Service, which was published late last year by Sierra Leonean Writers Series (SLWS), brings to graphic life her experience of sexual harassment, gender discrimination, and wrongful termination during her civil service career.

At one part-time job as a housekeeping maid in Silver Spring, Maryland, a randy guest propositioned her. But even that shock to her sheltered sensibilities didn’t prepare her for the sexual harassment she faced in Sierra Leone and the explosive events that would set in train.

Seven years after the vengeful director, who she doesn’t name, fired her, Tejan-Jalloh ran into him on her birthday, April 1.

She was working for an oil company by then and had gone to the trade ministry to get information on the Government Recovery Program for the company’s strategic plan.

“The pain and anguish I endured from the sexual harassment, the dismissal and the lies made up to justify his act were too much for me to agree to meet him,” she writes in heart-wrenching reflection.


As she was about to leave her onetime director’s office he called after her in a kind of Sierra Leonean wolf whistle, “Whenever you change your mind let me know.”

Reports show that all women in Sierra Leone are at risk for sexual assault, and nine percent of these women will suffer this type of abuse sometime during their lives.

Telling It As It Was covers Tejan-Jalloh’s life, with a firsthand glimpse at attitudes about sexuality in the workplace.  Yet at no point does she mention harassment claims for demands of sexual favors or a hostile working environment.

In a May 2011 paper, Maseray Rogers wrote that "the political and decision-making systems and processes of Sierra Leone are fraught with grave gender inequalities that disadvantage women." Rogers examined the "moribund cultural practices that limit women and promoted the institution of policies and practices that actively promote women’s right and gender equality."

In 2007, Sierra Leone’s Parliament passed three ‘gender bills’ into law.  While the government had signed up to all the international instruments, most notably the Convention on the Elimination of all forms of Discrimination Against Women (CEDAW), it had failed to domesticate them into national law.

One will never know just how much Tejan-Jalloh's book has shed new light on gender and workplace discrimination, but she offers blueprints for reform in the public service and valuable advice to those making their way through a workplace dominated by Sierra Leonean male codes and culture.

By her third or fourth job, she had learned that family, mentors, sponsors, and champions in your professional network are wonderful to have in your corner, but oftentimes Sierra Leone’s premium on its lattice of relationships does get in the way of best practices in a harassment-free work environment.